The career of Matt Holubowski has taken off considerably since the appearance of Old Man in 2014, a collection of folk pieces inspired by his many travels and experiences around the globe. The decisive moment was when he launched Solitudes two years later, under the Audiogram label. Directed by Connor Seidel, just as the previous album, it made him known to a wider audience who discovered his sympathetic voice and engaging songs. Matt received a gold record, in addition to two nominations at the 39th ADISQ gala in the Album of the Year and Show of the Year categories – Anglophone. The tour following the release of Solitudes took him on travels across Canada, the United States and Europe, performing over 200 shows. Then followed a participation in the Printemps de Bourges, opening acts for the American artist Ben Folds in more than fifteen cities across Europe and a performance at the Meltdown Festival in London at the invitation of Robert Smith, singer from The Cure. Back in North America, Matt took part in the Bonnaroo Festival in Tennessee, the Festival d’Été de Québec, where he received the Espoir award, in addition to the Regina, Ottawa and Winnipeg folk festivals, as well as the Osheaga festival in Montreal. In the summer of 2019, Matt temporarily came out of retirement to offer the closing show of the Festival International de Jazz de Montréal on the esplanade of the Place des Festivals, a truly memorable evening for the artist and his audience. La Presse wrote the following day: Holubowski was overflowing with grace, sincerity and finesse. He also has this charisma, which cannot be ignored and is so very captivating. 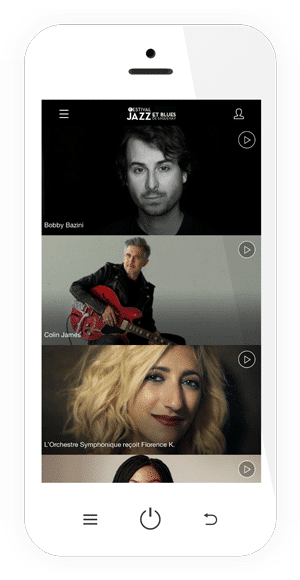